I read a book that was published in 1956 called The Third Eye. It was written by a man named T. Lobsang Rampa who purportedly related his life growing up in a monastery in Tibet after being sent there at the age of 7. Rampa claimed that he had a small hole drilled into his forehead to arouse the third eye which invoked stronger powers of clairvoyance. I remember the stir and interest it created during that time; it seemed everybody wanted to read and know about this phenomenon. My fascination with the subject of the third eye continued throughout my life. 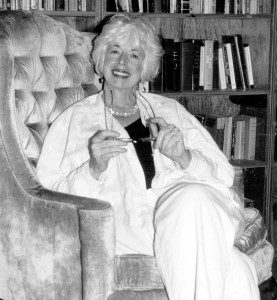 So it was with some wonderful expectation that this Spiritual Explorer attended the class by Uma Simon called Opening the Third Eye at Kashi Ashram . While a short class of only three hours, Ms. Simon, whom I had heard by reputation to be a very astute and wise clairvoyant, certainly opened my eyes and spirit to what she considered to be the true message of the third eye as opposed to what I and my other friends had previously thought.

What I thought was really interesting was that she made short shrift of what she thought some of the participants had come for in this class. Speaking of how in the 70’s, she and other like-minded aspirants had wished their third eyes to be opened so that they might see colors, shapes, visions, and prophecies which had been thought to be the true gift of the third eye, it is her premise that the third eye has an even deeper and more magnificent gift to impart.

“That gift is the divine connection to who you really are and when one makes that connection, it opens up a spiritual connection not only to your spirit but to humanity itself.” She continued, “The true crux of this class is that we have physical eyes and the spiritual eye. The physical eye judges, analyzes, sifts, measures and discriminates, not bad qualities. However, sometimes when you apply that same measurement to human beings from your limited perception, you wind up judging that person and their lives sometimes unfairly. When one sees through the third eye, one immediately drops into the heart because of the softening that must occur as one uses it.” Ms. Simon concluded, “It is only by seeing through the heart that one sees rightly. And thus, one can truly connect to humanity at a very deep and compassionate level.” Those words really rang true for me as I think that anyone on a spiritual path often bemoans the fact that we judge ourselves and others so unfairly.

Resolving to continue my meditations upon the third eye, this Spiritual Explorer later went into Ma’s India and couldn’t believe it when one of the managers, knowing I was attending the group, mischievously handed me the Triloka Third Eye Chakra Incense. Looking at it, I saw that it had all the components for encouraging the expansion of the third eye. There was jasmine to enhance intuition, basil for harmonizing the mind, lemon for mental clarity and focus, camphor, awakening perception and eucalyptus, removing blockages. It seemed to be the right recipe for continuing on my journey to opening the third eye.

Without trying to be a punster, I would have to say that this class was a true eye-opener, not to mention the truly exceptional Triloka Third Eye incense that returned me to the bliss of the third eye when I meditated that night.

If you wish to contact Uma Simon for classes or a personal reading, visit her website at www.umasimon.com