I remember the days when yoga was that esoteric practice that only a few “eccentrics” attempted. It was thought weird by a number of mainstream people that people would twist and turn their legs and other limbs into contorted pretzel-like postures and claim that they brought them peace and health. It was also thought that these were the people who also ate that strange food “yogurt” while simultaneously drinking beet and vegetable juice. I have to admit that your Spiritual Explorer was one of these aspiring yogis. As a precocious 13 year old I remember proudly accomplishing a lotus position only to have my mother happen upon me, and asking with astonished bewilderment exactly what was I hoping to accomplish? I can only think of it as an intuitive response by a young teenager who felt tortured in her body by taking diet pills prescribed by a physician who felt she was 20 pounds overweight. I remember telling this doctor that they made me miserable and his response to me, “You don’t want to be fat, do you?”

Not allowing myself to be discouraged from the wonderful discipline I had discovered, from that time on I explored other yogic traditions. They certainly have proliferated from where most of them were limited to Iyengar, Ashtanga, Hatha and Sivananda Yoga. Lucky for me that I have been fortunate to discover quite a wonderful yoga called Kali Natha Yoga, as founded by Guru Ma Jaya Sati Bhagavati at Kashi Ashram. 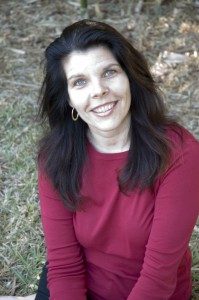 I interviewed Shakti Durgaya, the director and lead teacher of this yoga, asking her what makes this yoga stand out from the other yogas. An extremely bright, articulate and grounded woman, I found Shakti Durgaya to be a very positive and enthusiastic proponent of this yoga and was fascinated to hear what she had to say. She is a woman on a mission and I asked how Kali Natha yoga differentiates from other yogas and what was so compelling about Kali Natha Yoga.

This vibrant woman answered: “What initially impressed me,” she said, “is how Kali Natha is absolutely for everybody. What continues to compel me is how each individual, no matter their physical ability, challenges or previous practice, reaches a state of lightness, flow and a certain freedom within their bodies in a very short time. What our teacher Ma Jaya has given us is a very ancient practice that has mystical connections to the earth and attunement to nature’s patterns, those patterns that sustain the growth and flow of the planets, sun, and moon to name a few. To be able to come so quickly into that center of attunement with those energies is phenomenal.”

“An attunement such as this brings you into your heart and can center you almost immediately. So Ma has given us an expansive, creative and intuitive yoga, a practice hearkening from ancient times where it was realized that the movement of the body correlated with the mystical connection to the earth, moon, sun and stars.”

She continued: “Intention also plays an important role in this practice .This is not just mindfulness practice, but consciousness and awareness of your intention to tune into the earth, the heart of the sun within and the rhythm of the universe. One might be placing their hands on Mother Earth, and at the same time, have the intention of reaching into her healing earth vibrations asking for their own and the earth’s healing, adding a very powerful intention to their practice. Gently smiling, she said,”This becomes prayer in motion. I want to point out,” she continued “that the person sitting in a chair practicing with full intention may actually be getting more from the practice than the person on the yoga mat who is practicing with less intention.”

“Aside from the mystical conveyances or gifts received from this yoga, I am happy to say that within a very short time of practicing this wonderful yoga, people feel a certain lightness and happiness that they bring into their own lives. You don’t have to give up the yoga you practice, but allow this yoga to expand and enlarge it.”

This Spiritual Explorer took a yoga class given by this teacher and immediately understood what Shakti Durgaya meant by feeling that incredible lightness being immediately available to us. The thought of also being a part of a mystical teaching gave me another compelling reason to continue.

Kali Natha Yoga as taught at Kashi Ashram begins their 200 hour or residential program on June 11, 2010 divided into 10 days and 100 hours in June and 10 days and 100 hours in November, 2010. During the time of training you are fully immersed in ashram life and taught personally by Ma Jaya in regular darshan and group yoga meetings in a very intimate setting. Graduates of the 20 days Kali Natha Yoga are then invited to the 500 hour advanced training beginning January 2011