Just when you thought there were no more interesting CD’s out with Sanskrit chanting, I walked into Ma’s India last night and I heard selections of some exciting and ecstatic CD’s for my listening enjoyment.

David Newman: To Be Home

I was thrilled to see David Newman’s CD with Mira To Be Home has come out. I had written about it some time ago when he and Mira were at Kashi Ashram leading their chanting workshop. Both were such a joy to have in residence. The feeling from all the students was one of great bliss in joining with these wonderful singers in learning and singing chants. I particularly remember David,a/k/a Durga Das, telling me that To Be Home was the feeling that he received when he meditated before a picture of Baba Neem Karoli, acknowledging Baba as his spiritual home. David told me that To Be Home is a two-fold combination of original melodies: one, utilizing kirtan mantras with original melodies and arrangements around them, and the other being original lyrics and melodies composed by David. To name drop a bit, To Be Home was co-produced by Newman and Trina Shoemaker, the two time Grammy winners.

Girish: Diamonds in the Sun

Another very resonant and seemingly simplistic styling is Diamonds in the Sun by Girish offering Sanskrit Chants and English lyrics for Yoga and Kirtan Chanting. The instrumentation ranges from Oregon to Pakistan. Girish is known for his very spiritually evocative chanting and joins with a wonderful group of award winning musicians from all over the world. What I like about his melodies is that he mixes them up with melodies and sounds not conventionally sung in kirtan mode. The underlying thematic element is that we all shine like diamonds in the sun, every one of us.

And then there’s Maa by Wah whose ecstatic Bhakti sounds just knock your socks off. I remember reading someone’s review that it was rare to find someone with both earthly accomplishment and spiritual understanding. She was called that “total Bhakti with enough technique to pull off a successful recording.” This woman is an extraordinary musician. This CD contains yoga beats for yoga and ecstatic dancing as well as sensual and sultry renditions and throbbing club beats. Be prepared for the bliss from this rocking CD; it will blow your mind. 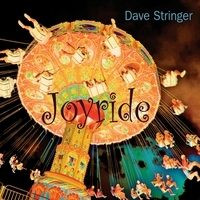 Just when you thought you had heard it all, listen for David Stringer’s Joyride, a jumping album of six full-length life call and response kirtans, recorded live with a large crowd. Four of the pieces are new compositions, which are traditional and none have been previously recorded. The tracks average 17 minutes long and feature a full band. Stringer’s sound influences the mysticism of traditional Indian instrumentation with the intensity of American gospel and jazz. He is a unique stylist in his genre.

A Collection of Kirtan Chants

Just like family and familiarity returning, we have A Collection of Kirtan Chants brought together by our old standbys Krishna Das, Jai Uttal, David Newman and Donna DeLory. They bring us back to our roots and we are very grateful to these musicians that they have created this niche of sacred music for us. Just like sitting back in an old, comfortable chair, we are brought back to our ancestry and heritage through the ancient practice of kirtan and Sanskrit tunes lovingly and blissfully executed by these familiar and extraordinary musicians.