Dear Rosalind: Deva Premal’s opening chant in the album The Essence is the Gayatri Mantra recorded by her in 1999. 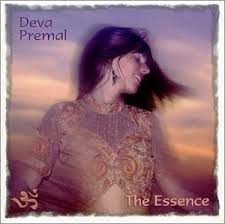 The Gayatri mantra is probably the oldest prayer known to humanity; it is a prayer to the sun. At its core, it is a plea for the enlightenment of all sentient beings. In ancient times, it was a prayer just for the higher caste of Brahmins and never, never handed down to women.

Deva Premal’s father chanted the Gayatri mantra all through the nine months of his wife’s pregnancy to his daughter and at her birth. It became Deva Premal’s bedtime song, consistently chanted every night.

Thirty-five years later Deva Primal returned the favor and chanted the Gayatri Mantra to her father on his deathbed as he took his last breath.

Deva Premal’s vocals on The Essence are supported by her life and music partner Miten on vocals and guitar. They are a wonderful couple with an enviable relationship and partnership.

Here is the mantra:

It is also sung many times on You Tube if you are interested in learning the meaning and the words. I try to sing it everyday myself.

This entry was posted in Spiritual Music and tagged Gayatri Mantra. Bookmark the permalink. Follow any comments here with the RSS feed for this post. Post a comment or leave a trackback: Trackback URL.