Dear Spiritual Explorer: I visited your shop the other day and was intrigued by the many types of incense you carry. How does one decide which one to choose? Laura P., Milwaukee, WI 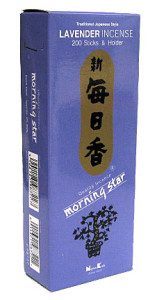 Dear Laura: I sometimes liken my fascination with the different types of incense as to how I would be fascinated by my different children—if I had any. But I do know that I would be hard pressed to pick out a favorite since all of our incenses have such unique qualities, just like children I’m told. But then, some would say it’s also a matter of nuance when choosing.

I’m going to tell you some great facts about incense that I wasn’t even aware of. Did you know that aromatherapy had its origins in incense? We now are so used to different essential oils and their effects on the body systems that we have come to take the origin of aromatherapy for granted.

And here’s a fact that I never heard. Incense can actually supercharge the atmosphere. Like the ocean, it removes negative ions from your surroundings and imbues them with positive ones. When that occurs, negative influences can disperse. That is a wonderful adjunct to people wishing to realign and harmonize the atmosphere in their homes.

In my thirties I lived at Esalen Institute, where many would come to attend workshops with the thought of freeing themselves of old emotional baggage they carried. One such workshop was held in a room called Huxley. There these seminarians, as they were called, would have the opportunity to express and perhaps re-experience with attendant emotion the difficulties or traumas they had suffered in their lives. As a result, there would be a great deal of pounding pillows, shouting and generally similar emotive outbursts.

When I entered the room after a particular emotional session, I sometimes felt very uncomfortable with the residual emotions I felt were still circulating in the space. Hoewever, the group leaders were very savvy to the kind of cleansing that was needed afterwards and would either ignite an Epson salt mixture or burn some kind of incense or smudge to dispel the negativity and pain. I quickly learned how useful incense could be.

I remember when nag champa, which is a mixture of sandalwood and frangipani fragrance, was considered the primo and primary incense to be used in all-spiritual undertakings. When we would light nag champa, it would immediately pervade the atmosphere with evocations of spirituality and peace. I still regard sandalwood as one of my favorites. And for me, Satya Sai Baba’s Nag Champa incense is the gold standard; I still stand by that recommendation.

Coming to Ma’s India as Spiritual Explorer I have had the opportunity to try out all forms of incense: Indian, Japanese, Tibetan, and also smudge. Some forms of incense even evoke a particular god or goddess such as the Ancient Mother Sri Radha Incense Sticks representing the Hindu goddess Radha. Musk and basil have been added to sandalwood to create an earthly blend reminiscent of the lovers’ time together. Tibetan Kuan Yin incense can also evoke a feeling of the utmost compassion that Kuan Yin herself practiced in her life.

Without referring to myself as a “Nose,” a term used affectionately when referring to a “perfumer,” who chooses scents based on a unique talent, I would say that Indian incenses tend to be more pungent and ebullient. If you’d like something of a more subtle nature, you might want to choose Japanese incense. In that regard, I’d suggest Morning Star Lavender Incense. I have found lavender incense is commonly used in homes because it is so relaxing and healing. Children also love the fresh and uplifting scent of lavender.

I have enjoyed thinking about the many types of incense and some of their subtleties that we have here at Ma’s India. I would suggest that you be an adventurer and take time to explore any one of them. I am sure you will find one that will perfectly inspire and create the mood or nuance you are searching for. Best of luck to you, Spiritual Explorer

If you have a question about “Incense and Nuance,” or anything else, you can write me at Ask The Spiritual Explorer.